With people ditching their older eyepieces in favour of the newer Ethos and Delos eyepieces, there are bargains to be had. Quite a lot of Naglers are appearing for sale second hand. These haven’t become rubbish over night but, human nature being what it is, people want the newest and – to them – best. I got a couple of second-hand Naglers at TSP last week, a 9mm Type 1 and a 12mm Type 4. The 9mm belonged to my friend Jimi Lowrey, so it’s come from a good home. The 12mm I got from CCTS, of New York State.
I was planning to buy a 10mm and 6mm Delos but there were none to be had, all gone within a couple of days! However, there are 5 new Deloses coming out later in the year, so I might replace my 15mm Plossl with one of these unless I get another Nagler. 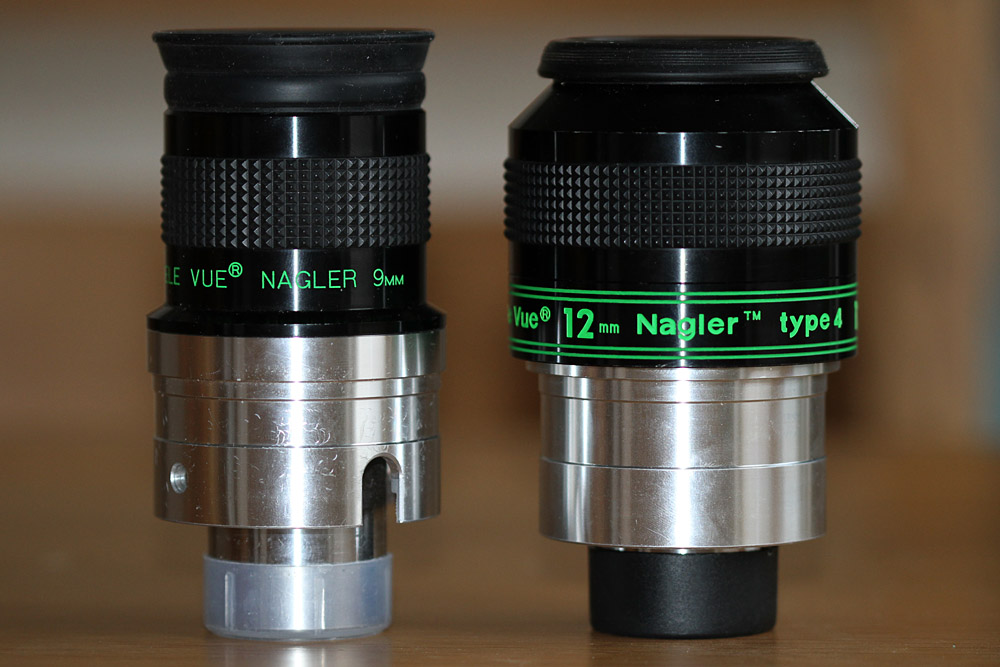 I met Al Nagler himself during TSP and he signed the box my 12mm came in. 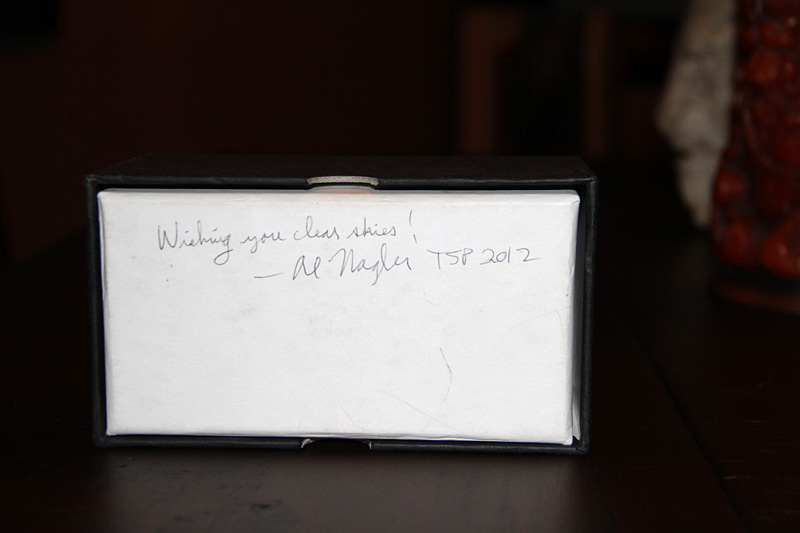 I have plenty to post from my visit to TSP, which I will do over the weekend. Suffice to say it was the best TSP of the four I have attended with clear skies all week and, usually in the early hours after the crap has had time to settle, very transparent skies with NELMs of better than 7.0.