After practically hopping with frustration during the earlier part of the evening, I was pleased to see the skies finally (partially) clear around midnight, so I pulled out the sun lounger, got a blanket to keep my legs warm (my knees don’t like being still and in the cold for very long) and my little dog (who went to sleep under the blanket and acted as a living hot water bottle!) and watched the show.
There wasn’t as much activity as I thought there would be but what there was was quite spectacular as a lot of the meteors were fast moving and left trails behind them. A lot of the trails were green, although there were a couple of yellow/orange ones as well. The meteors were, for the most part, bright although there were a few quite faint ones as well.
As well as watching the show, I also had a look round Cygnus, Cassiopeia and Cepheus with my 8.42 binoculars. NGC 7000, the North America Nebula, was bright and the nebulosity extensive. The fainter Pelican Nebula, IC 5067/5070, lies just to the south of 7000 and is, just, visible through the binoculars without the UHC filter. With the 2″ UHC filter it is much easier to see.
I also found the planet Uranus, which is close to Jupiter. It looked like a small blueish-white star.

We have had a few decent observing nights recently, despite the continuing unsettled weather. The long hot days of late June have long since gone, to be replaced by cool temperatures, showers, more prolonged spells of rain and some fairly strong winds, but, so far, out of 12 nights this month we’ve had three completely clear nights and five partly clear, observationally-usable nights and early mornings so it’s not all bad, although I am also a fan of hot sunshine, something we’re not getting (I know, it’s hard to please some people! 😉 ). I have a feeling that, now it’s mid August, we’ve probably seen the last of any decent hot summer sunshine.
The reason for yet another rubbish summer, for the fourth year in a row is, yet again, the jet stream is too far south. Because of this, Russia and most of Europe are incredibly hot (although I don’t envy the Russians their severe fires, the downside of prolonged hot weather) yet Britain is damp and horrible – again. Sometimes, I get the impression that the British climate is doing this to amateur astronomers and holidaymakers: 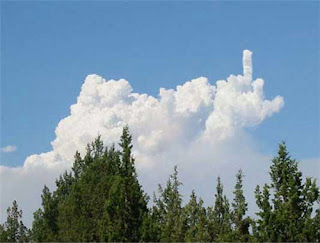 Actually, I think I’ll blame the water company who imposed a hose pipe ban in part of England back in July. It’s in the north west of England, so hundreds of miles from here, but as soon as the utility company in question imposed the ban, the weather over the entire country turned bad.

RIP Markus Liebherr and thank you for saving Southampton FC