We’ve had quite a spell of cloudy weather just lately here, all a bit depressing really – a friend of mine confessed that it’s the first time he’s ever had SAD (Seasonal Affective Disorder) in July – with only the occasional clear spell at night and only the odd sunbeam poking through during the day. Humans can’t, of course, control the weather or climate (putting aside anthropogenic climate change) – if we did, I’d make sure the UK had an Arizona climate! – but it’s hard not to blame the messengers, in this case the weather presenters and forecasters who smugly, it seems, inform us we’re in for yet another crappy dull summer day or cloudy night.
Last night (30th July) it cleared, sort of, and I decided to track down some globulars in Ophiuchus and Sagittarius.
I had recently dug out an 8″ Celestron scope on a Vixen GP mount, which I was given several years ago but haven’t used for various reasons (mostly because I prefer using my 12″ Dob, as aperture counts in deep sky observing). I didn’t know the focal ratio or focal length of this scope, just that it was ‘pretty short’, so I posted a photo and description on Cloudy Nights and it turns out that my scope is a 7.9″ (20cm) f/4 (800mm focal length) GP-C200 made by Celestron back in the late 90s/early 2000s. 7.9″ is a strange size but it seems that a lot of 8″ mirrors are actually 7.9″ in diameter. I’ll call it 8″ for convenience! Anyway, I decided to give this scope a fair go so I fitted it with my Telrad and collimated it after setting it up in the garden.

The evening was decidedly unpromising – after a clear late afternoon and early evening, it clouded over again and I thought the session would end before it began. Fortunately, it improved enough to do some observing, at least. 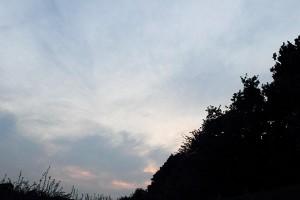 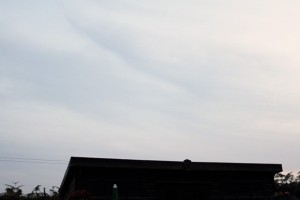 I got off to a slow start for various reasons but, once I’d settled my differences with the equatorial mount (reminding me why I prefer Dobs!), all was ok, apart from the endless procession of cars coming down into the village and sweeping the trees with their beams.

NGC 6426, Ophiuchus – This globular is very faint, not helped by the poor transparency. It is faint at 36x. Putting in the 8mm (100x) is not much of an improvement, so it is not surprising I did not see this with the small scopes or binoculars last week. Very faint and unresolved.

NGC 6342, Ophiuchus – Fairly bright, despite its low altitude (the transparency had improved by this time). Smaller and fainter than M9 and fits into the same field of view at 36x. At 100x, a round halo with a brighter, dense core. Slightly granular but unresolved.

NGC 6626 (M28), Sagittarius – Very bright, quite small and round. Unresolved, although that might be due to the poor transparency. 100x

NGC 6656 (M22), Sagittarius – Large and very bright. Not round, more irregular. Mostly resolved at 100x but with a nebulous background hinting at many more unresolved stars. The overall appearance is almost that of a crab or a spider. There are dark patches within the cluster. Very nice indeed.

By this time the transparency had got a lot worse, so I called it a night at 0035 BST. As I was packing up, I got to listen to a couple of women prowling up and down the footpath next to the garden. I am not sure what they were doing but I think they were looking for something, especially when I heard ‘Darling! Come to mummy!’ from one of them. Probably a cat or dog, or something. To be honest, no matter who they are or how nice they are, I don’t like people hanging around or being loud outside at night, it makes me nervous – probably a hangover from when I lived in towns and cities where it was noisy and anti-social behaviour was common – and it’s a feeling I can never shake off.
Anyway, the scope performed beautifully and is a real little gem, perfect for those nights when getting the big scope out is too much hassle or the conditions aren’t good enough and I want something more than binoculars and the tiny scopes. The coma isn’t too bad, considering it’s an f/4 mirror, and as a coma corrector won’t fit (it only accepts accessories with 1.25″ barrel size) that’s a bonus. It’s also good for putting into the car and taking somewhere with a better southern horizon. I’ll be using it more from now on.