The 8 inch got its first outing on 1st August, as it was clearer than forecast and I couldn’t be bothered to get the 18 inch out and assembled.

Apart from the substandard 1.25 inch focuser it’s a pretty good little scope. I used my 25mm and 15mm Plossls and my 9mm Nagler with it; I also tried the 22mm Panoptic, which wouldn’t quite come to focus because the travel of the draw tube isn’t enough, and the 12mm Nagler which seriously unbalanced the scope below a 45° angle. A friend of mine from VAS, Richard, has got a Crayford focuser which he will fit to the tube. The Crayford is a lot heavier than the 1.25 inch rack and pinion but we will do something about the balance, whether it’s moving the tube back on the rocker box or using counter weights.
I have already removed the finder, which was located in an awkward place below the focuser and added a Telrad base. The photo shows the base in position and tape put over the holes where I had taken off the finder bracket (to the lower right hand side of the focuser); as you can see, it was in a stupid and awkward place. 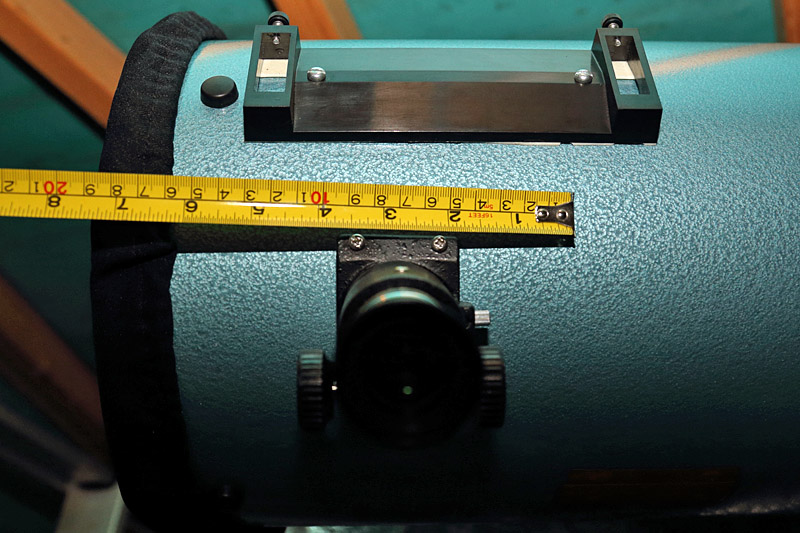 The stars are nice pin points, once the mirror has cooled, and there is no coma, as you’d expect in an f/6 mirror, totally unlike my 8 inch f/4.